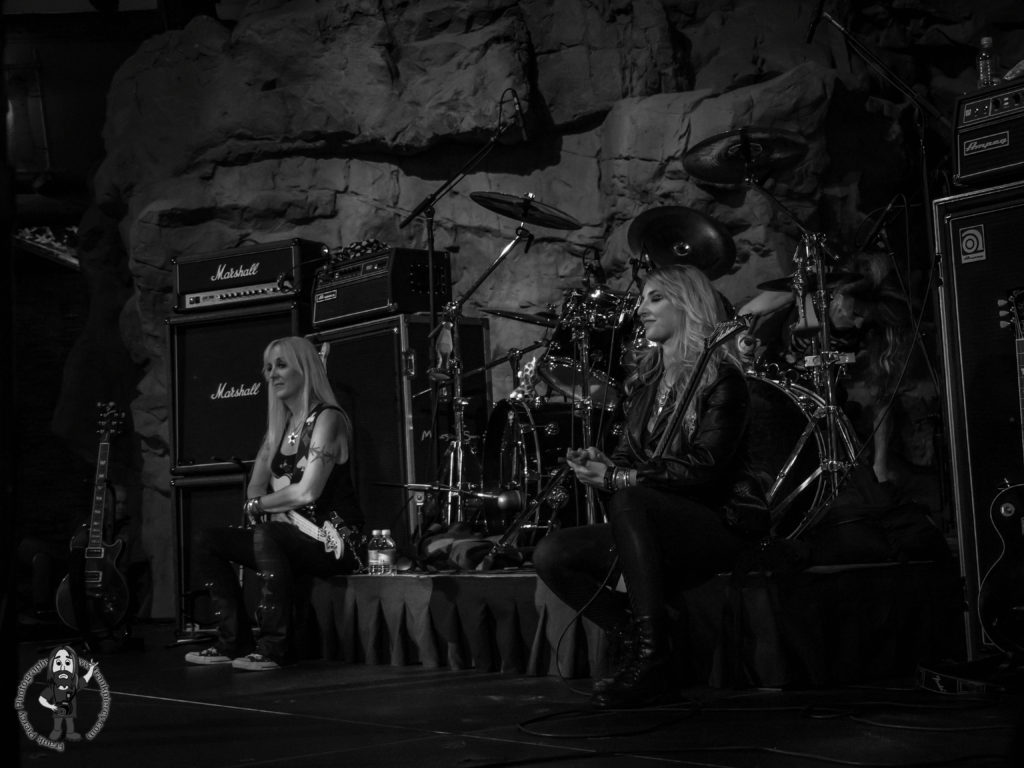 Wow has it been almost 4 years since I first reviewed Vixen here on my blog???

With a couple of line up changes since then, most notably, Britt Lightning on lead guitar and Tyson Leslie on keyboards, I still had high hopes for a great show.  Considering this is the fourth time in the last year or so I have seen Vixen with this line up, I knew what to expect.

Or so I thought….

A few months ago Vixen released a live album, “Under Fire”.  A great live album with all of their hits and popular songs on it, even a new track and an acoustic version of their signature song, “Edge of a Broken Heart”.  It has been my experience that most bands after releasing a live album usually play that album song for song for awhile after its release.

When they started the night off with one of my favorite songs, “Streets of Paradise”  I knew they weren’t going to follow that formula.

As Janet Gardner (Lead Singer & Rhythm Guitarist) took command of the stage, it was hard to tell that this was the third night of performing for Vixen, a weekend that started for them in St Charles Illinois and was going to end this evening here in her home state of Connecticut.  The energy was exhilarating as she strapped on her guitar and started into the title track of their 2nd album, “Rev It Up”.  You know to be honest, I don’t remember if she brought out the guitar then or for their third song, “How Much Love”.

I do remember the feel of the crowd, and not being able to hold back and join in with the crowd singing along to the songs.

That is one of the best things about seeing a band like Vixen at the Wolf Den, the crowd.

It is like a family reunion, especially if you are a lover of the 80’s Rock scene.  So many of the same people show up for these shows here, so often you eventually become friends, or at the very least you know them enough to greet them with a hand shake and a smile.

The revelry continued with a couple of more songs off of their first album, “Cruisin” and “Cryin” before they brought out a song they haven’t played live before, “Only A Heart Beat Away” off of their ‘Rev It Up” album.  The crowd ATE IT UP!

One of the best drummers out there, Roxy Petrucci, started into a drum solo that became the intro for the song “I Want You to Rock Me” another one of their songs off of their self titled debut album.  Always a crowd pleaser and it morphed into a rendition of Deep Purples “Perfect Strangers”  and the crowd sang every word along with Janet.

Definitely different then the crowd sing along to other 80s rock songs, I, as well as a bunch of others loved this change up in the song.  Personally, I would LOVE to hear an album of covers from these ladies.  I can only imagine the diversity of the songs that would be on it.

Next up on the set list was Share Ross’s (Bassist) moment to shine even more.  A fantastic bassist full of energy and all over the stage.  Tonite she brought alive the classic song “I Don’t Need No Doctor” originally done by Ray Charles but also done by Humble Pie and the version I know better, W.A.S.P..

Share has a great voice and it would be cool to hear her sing something original on a Vixen album.  Which I hear they are working on some stuff for a new one.

Every show I have seen of Vixen, they have taken a moment and spoken about their founding member, Jan Kuehnemund who succumbed to cancer in 2013, and dedicate a song to her, “Love is a Killer”  the emotion put into this is clearly felt while Janet sings.

Their current lead guitarist is Britt Lightning, another New Englander who has made a few ripples in the music industry, especially as the in thing seems to be talented female guitarists right now and Britt is talented as she showed us in the Wolf Den.

Next up on the set list was “Big Brother” a moving tribute to that older sibling, who no matter how much of a pain in the ass they are, you always run to when you need someone.

Following this was the song “Love Made Me” and then the new song off of “Under Fire”, “You Oughta Know By Now”.  A great tune that hopefully is a teaser for the new stuff they are working on for the next album.

At this point, They said their good nights and walked off the stage, with the lights staying down, you knew it wasn’t quite done yet.

Tyson Leslie (Keyboards) stayed at his post.  Fiddling with his keyboards and started playing.  A small solo before the rest of the band walked back out to the opening keyboards of “Edge of a Broken Heart”.  Even tho the last song of the night, The energy from everyone was still cranked up to 11, as the crowdsang along with Janet.

The second best part of the night was next.  Vixen comes out after the set to meet their fans and sign stuff.  An hour and 20 minutes of giving it their all on stage for everyone, and they come out full of smiles and spend the next hour being sociable with those of us who stayed behind.

Once again, Vixen put on a great show in one of my favorite venues, The Mohegan Sun Wolf Den.  The only thing that would’ve made this a better night?

Is if I won money at the slot machines!

Vixen has finished touring for the year but dates have already started being posted for 2019.  Keep your eyes open I am sure more will be coming soon! 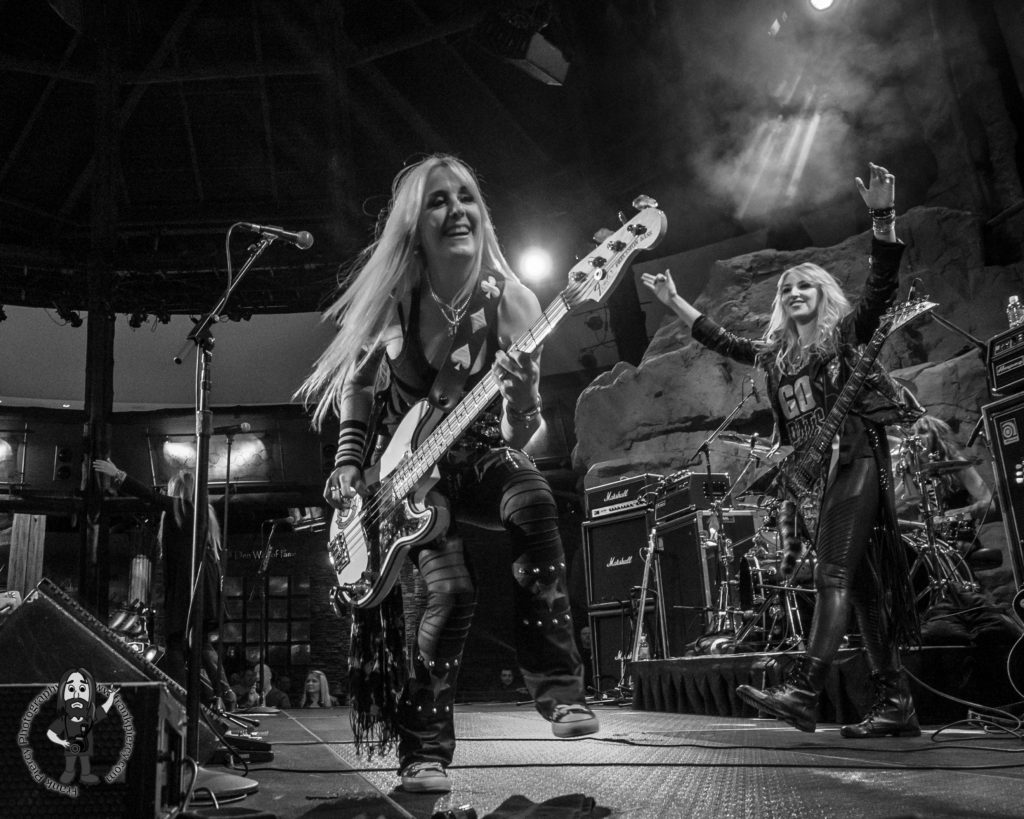 To keep up on all things Vixen, I recommend the following links…..

Vixen on The World Wide Web